F5 Networks is a company that specializes in application delivery networking technology. They provide a variety of products and services that are used to improve the availability, security, and performance of applications and data center infrastructure. One of their main products is the BIG-IP platform, which is a family of hardware and virtual appliances that provide application delivery services such as load balancing, traffic management, and security. These appliances can be used to improve the availability and performance of web applications, as well as to secure them from various types of attacks.

Traceable provides a mirroring agent for capturing or mirroring data packets passing through your F5 setup. Since this is a mirroring or a completely out-of-band setup, it does not affect your current deployment or interferes with your data flow. 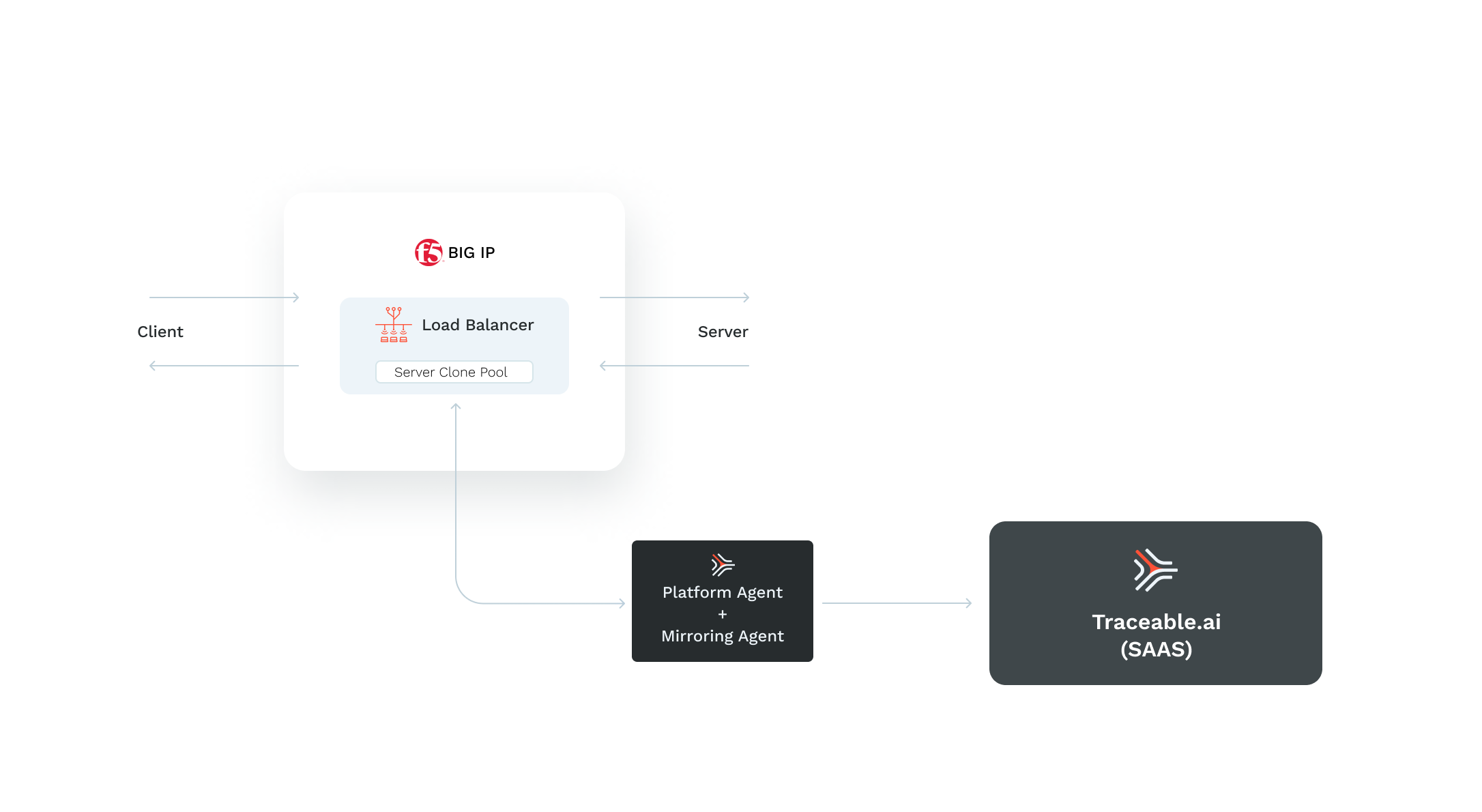 The F5 mirroring deployment consists of deploying a Traceable mirroring agent on a VM and then configuring your F5 setup for mirroring. For more information, see the Deployment section.

Make a note of the following points before configuring mirroring for F5.

You can deploy Traceable agent on a VM, ECS container, or in a Kubernetes environment. In the following steps the Traceable agent is installed on a CentOS 7 VM. You can choose to install on Amazon Linux 2 or Ubuntu also. For more information, see Virtual Machine topic.

Make sure that no error logs are present and a Started metric exporter message appears in the traceable.log.

Before configuring mirroring for Traceable agent, make sure that mirroring is enabled in F5. For more information, see K13392: Configuring the BIG-IP system to send traffic to an intrusion detection system (11.x - 15.x).

Send some traffic through your F5 BIG-IP and verify that the traces are reaching Traceable platform.

To upgrade the Traceable agent, download and rerun the install.sh script. The scripts pulls the latest Traceable Platform agent and installs it.

To uninstall, delete the VM on which Traceable agent was installed. Also, remove the mirroring configuration from F5.

Spans not reporting to Traceable platform

If you do not see any traffic, then:

Was this article helpful?
Thank you for your feedback! Our team will get back to you
How can we improve this article?
Your feedback
Comment
Comment (Optional)
Character limit : 500
Please enter your comment
Email (Optional)
Email

By entering and using this site, you consent to the use of only necessary cookies to enhance your site experience and improve our services.